We return to one of the most famous Formula One tracks on the calendar, the 2019 Monte Carlo Grand Prix. Last years winner, Daniel Riccardo will have a tough time trying to repeat his efforts as switching to Renault has been an uphill battle so far this season. The Mercedes performance in Spain two weeks ago, which requires a similar aero package to Monte Carlo was astonishing, especially in slow corners and are expected to dominate the Monte Carlo Grand Prix this weekend.

Ferrari and Red Bull have a chance but will require some luck by either a safety car or a Mercedes strategy mistake to be in with a chance. It’s going to be a cracking race, expect a safety car or two and some emotions at the end of the race. 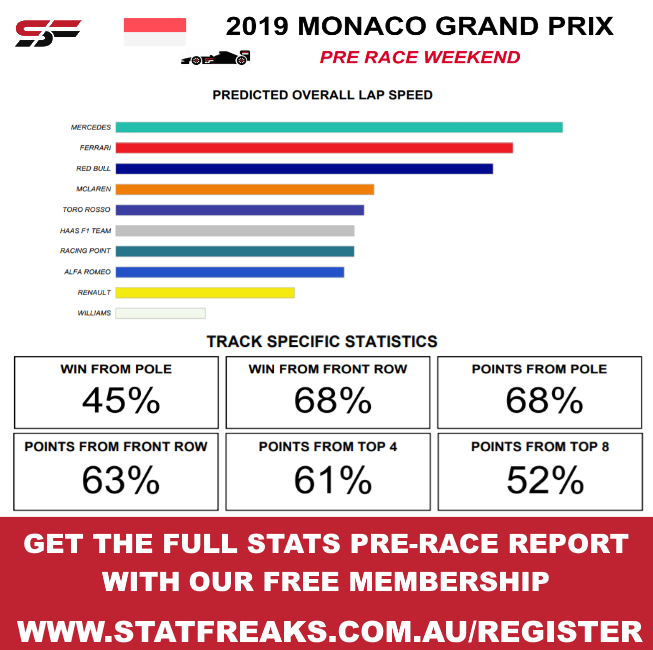 Wins From Pole: Starting from pole in the Monte Carlo Grand Prix wins 45% of the time.

Wins from Front Row: 68% of the time a driver will win starting from the front row.

Points from starting in the top 4 grid positions: 61% of scoring points.

Points from starting in the top 8 grid positions: 52% scoring points.