Moving forward from the 2019 French Grand Prix we travel to Red Bull Ring in Spielberg, Austria for the 2019 Austrian Grand Prix. The statistics suggest that Lewis Hamilton will dominate again although we are optimistic in hoping that the Ferrari’s can find their Canadian Grand Prix form and step it up to fight the Mercedes for pole position and the win. Red Bull will need to find something extra this weekend to be able to challenge for the win and will most likely be in a position to challenge for the final podium position.

Further down the grid, we expect both McLarens to be in a direct fight with red bull and Renault. The forecast looks dry and sunny, and thunderstorms are expected to arrive after the race weekend.

Mercedes predicted to dominate, Ferrari may surprise if they can find their Canadian Grand Prix speed. 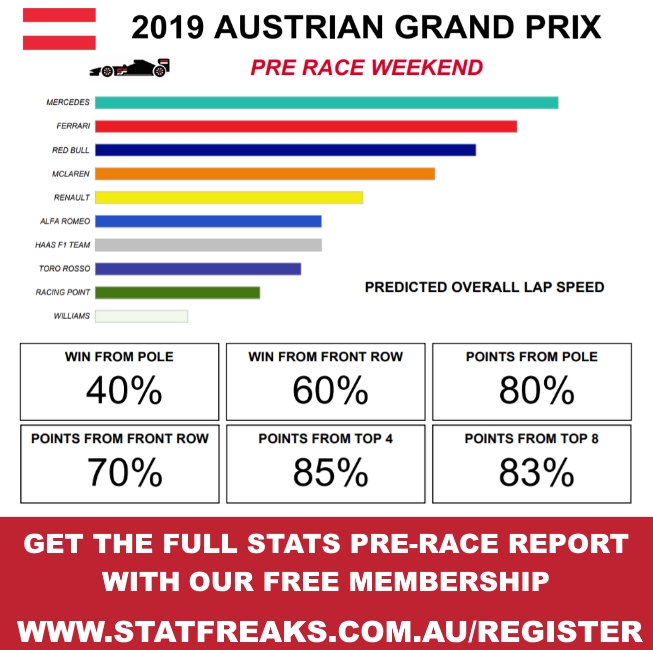 Wins From Pole: Starting from pole in the Austrian Grand Prix wins 40% of the time.

Wins from Front Row: 60% of the time a driver will win starting from the front row.

Points from starting in the top 4 grid positions: 85% of scoring points.

Points from starting in the top 8 grid positions: 83% scoring points.